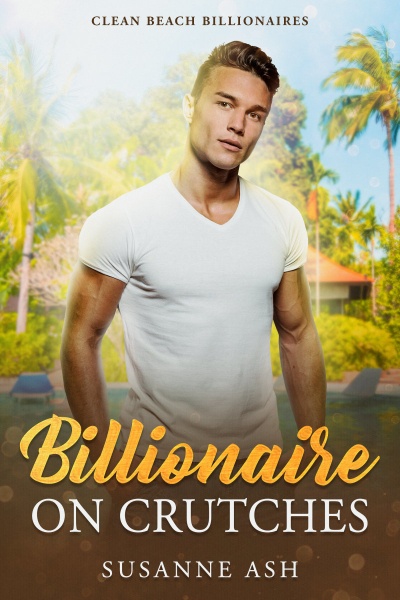 Part of the The Clean Beach Billionaire Series series:

Robert (Rob) Marshall is a daredevil hotshot with too much money, too much time on his hands, and adrenaline junky. The finance empire he inherited from his father runs itself and the board has made it clear they don’t want his input. After a car crash that left his leg broken in several pieces, he’s stuck at his friend’s beach house to recover and ponder how he wants to spend the rest of his life (and bring some meaning to it).

Therese Bowman just finished a year in the peace corps building water wells in Gambia. She can’t stop thinking about those poor families and wants to help on a bigger scale. First though she has to put food on the table and start to pay off her student debt. That’s why she took the job to care for the rich boy in crutches, even though his entitled attitude makes her sick.

Click here to order your copy of Billionaire on Crutches on Amazon.